US president-elect Joe Biden on Wednesday named longtime adviser Ron Klain as his White House chief of staff, his first major appointment, as he builds his administration regardless of whether president Donald Trump accepts the election results.

Klain, 59, served as Biden’s chief of staff when he was vice president under president Barack Obama and had been widely expected to be named to the post.

He also has experience battling a public health crisis, as he worked as Obama's "Ebola Czar" in 2014 during an outbreak of that virus in Africa. A fierce critic of Trump's handling of the coronavirus pandemic, Klain is expected to be a key figure in Biden's response to the health crisis.

As Biden moved toward assuming office, Trump’s campaign filed a federal lawsuit in Michigan as it continued its long-shot legal strategy of trying to overturn the election results in key states.

All week, Biden has paid little public attention to Trump’s unsubstantiated claims of voter fraud, instead focusing on transition issues as he prepares to be sworn in on 20 January.

Biden clinched victory last Saturday as he won a series of battleground states to exceed the 270 electoral votes needed in the state-by-state Electoral College that determines who wins the presidency. Biden also was winning the national popular vote by more than 5 million ballots with a few states still counting votes.

Trump has refused to concede, and his administration has resisted cooperating with transition efforts.

Democrats and other critics have accused Trump of aiming to undermine public trust in the US electoral system and delegitimize Biden's victory through unproven and anecdotal claims of voter fraud as Trump, the first US president to lose a re-election bid since 1992, desperately tries to cling to power.

Ron has been invaluable to me over the many years that we have worked together, including as we rescued the American economy from one of the worst downturns in our history in 2009 and later overcame a daunting public health emergency in 2014 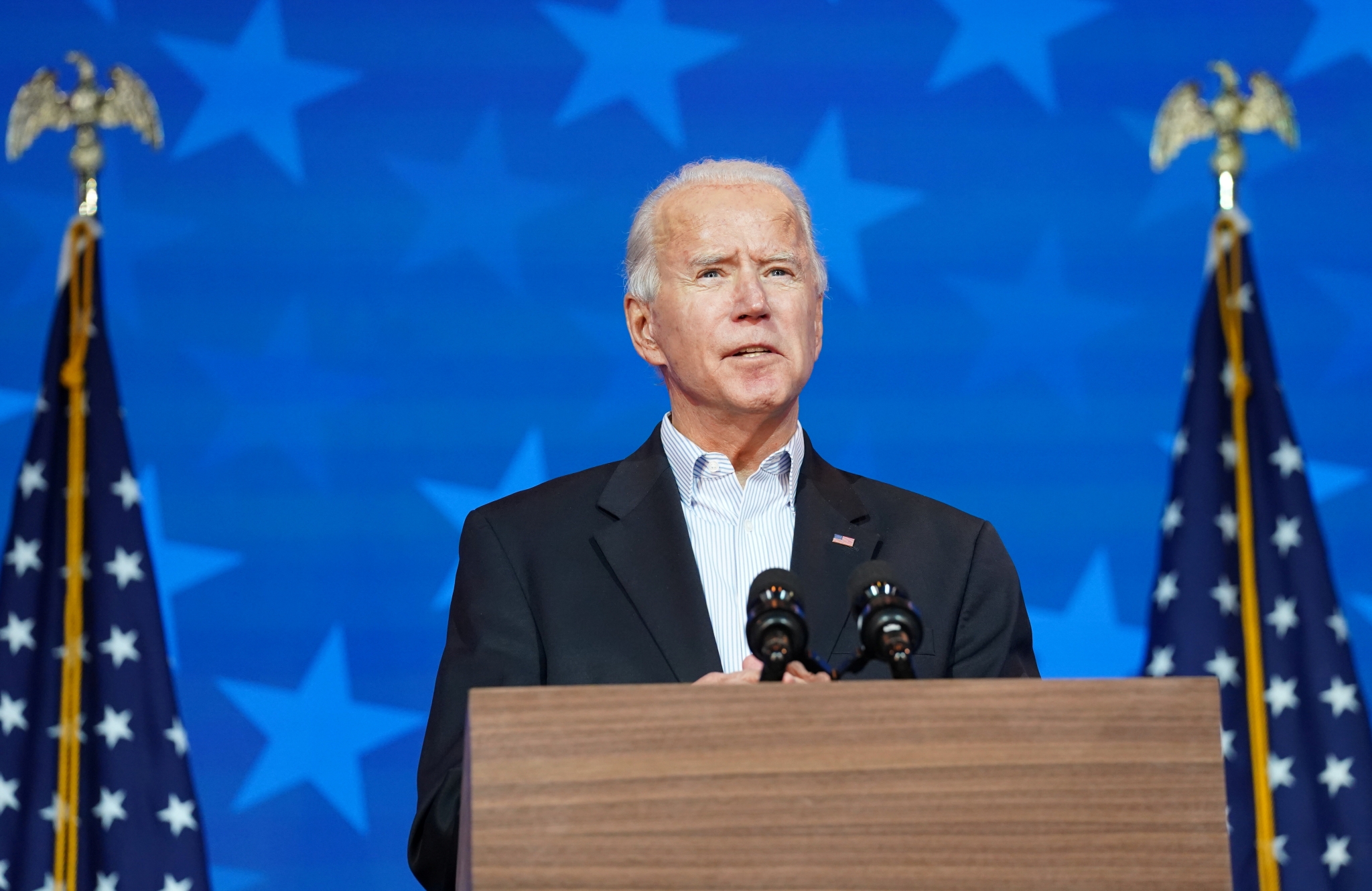 In Klain, Biden brings in a trusted and experienced operative who also served as vice president Al Gore’s top aide during Bill Clinton's administration. He served as an outside adviser to Biden during the campaign and the two have a relationship dating back to Biden's years as a US senator from Delaware.

As Biden's chief of staff during the 2008-2009 financial crisis, Klain helped oversee the implementation of the $787 billion Recovery Act that boosted the cratering economy.

In 2014, he earned plaudits from public health experts as the government’s Ebola response coordinator.

"Ron has been invaluable to me over the many years that we have worked together, including as we rescued the American economy from one of the worst downturns in our history in 2009 and later overcame a daunting public health emergency in 2014," Biden said in a statement.

"His deep, varied experience and capacity to work with people all across the political spectrum is precisely what I need in a White House chief of staff."

Trump’s new lawsuit in Michigan appeared unlikely to alter the outcome in a state he won in 2016 but was losing by roughly 148,000 votes, or 2.6 percentage points, in unofficial Michigan vote totals, according to Edison Research.

The lawsuit made allegations of voting misconduct, with the focus on the Democratic stronghold of Wayne County, which includes Detroit. Jake Rollow, a spokesman for the Michigan Department of State, said the Trump campaign was promoting false claims to erode public confidence in the election.

"It does not change the truth: Michigan's elections were conducted fairly, securely, transparently, and the results are an accurate reflection of the will of the people," Rollow said in a statement.

Georgia Republican secretary of state Brad Raffensperger announced a hand recount of all ballots cast in the state's 159 counties. He said it was expected to begin this week and would be finished in time to certify the results by a 20 November deadline.

Biden became the election winner even without Georgia factored in. He held a lead of just over 14,000 votes, or 0.3 percentage point, in Georgia, a Southern state that Democrats have not carried in a presidential election since 1992.

Judges have tossed out several Trump lawsuits, and legal experts say the litigation has scant chance of changing the outcome.

The lawsuits are part of a broader effort to find evidence to back up Trump's fraud allegations and forge a case that could end up at the Supreme Court, which has a 6-3 conservative majority including three justices appointed by him.

One Republican strategist with ties to the White House said the legal maneuvers and push for recounts were aimed at coming up with support for Trump's claims.

The strategist, like many others close to the effort, acknowledged the Trump campaign faced an uphill struggle.

"They're looking at throwing up a hundred Hail Marys," he said, using a football term referring to a desperation pass at the end of a game.

Trump says he will leave office if Biden victory is confirmed