Coronavirus has exposed the irregularities, mismanagement and corruption deeply ingrained in the country’s health sector. How were things before the outbreak of the pandemic in March this year?

The Anti-Corruption Commission (ACC) has detected corruption involving around Tk 3 billion (Tk 300 crore) in procurement for 19 projects and hospitals in the health sector in the five years from 2014 to 2018.

ACC has filed 19 cases regarding these incidents of corruption. The corruption includes Tk 1.69 billion (Tk 169 crore) filched by the health sector’s controversial contractor Zaher Uddin Sarker and his family in the name of procuring hospital equipment and furniture.

Contractors in the sector have inflated prices manifold when supplying goods. In some cases they have made off with millions of taka, without even supplying any goods. Top officials of the medical colleges and hospitals as well as project directors have been involved in these corrupt deals.

If even half of the recommendations submitted by ACC were followed, people would not have had to face such dire consequences during these coronavirus times....I don’t think they implemented a single recommendation.”

Outside of these records of corruption are also the clerk and driver of the health directorate, Abzal Hossain and Abdul Malek, who amassed millions of taka. Also outside of these accounts are the Regent Hospital chairman Md Shahed and JKG Healthcare’s chairman Sabrina and Arif Chowdhury, all arrested on charges of corruption and fraud.

Of the 19 cases filed by ACC, 9 were before the coronavirus outbreak. The remaining 10 were filed between 23 February and August this year. In other words, ACC brought about these charges only after the blatant anarchy in the health sector came to the limelight.

However, chairman of ACC, Iqbal Mahmud, told Prothom Alo it was not quite like that. He said they filed the cases as their investigations revealed the various discrepancies. He said, “We have been focusing on the education sector and the health sector since 2019. We sent recommendations to the government about stopping the corruption at sources and for action to be taken to address the corruption in the health sector. Unfortunately, the government did not take our recommendations regarding the health sector into cognizance.”

Speaking to Prothom Alo, ACC lawyer Khurshid Alam Khan said, “If even half of the recommendations submitted by ACC were followed, people would not have had to face such dire consequences during these coronavirus times. Such rampant irregularities and corruption would not have arisen. I don’t think they implemented a single recommendation.”

Health minister Zahid Maleque, responding to Prothom Alo about the matter on Tuesday night, said that steps were being taken to look into the ACC recommendations that were relevant for implementation.

The accused in 19 cases filed by ACC are basically contractors and officers and employees of the relevant institutions. No ministers, secretaries or high-up officials as beneficiaries of the corruption have been named in the cases.

ACC’s legal counsel Khurshid Alam Khan explained that if the commission wants to involve anyone in corruption charges, certain statements and approval are required. No one can be brought into a case based on anything vague, whether he is a minister or a secretary.

Messrs Bengal Scientific and Surgical Company is one of the major firms which ACC is investigating. It is owned by the controversial health sector contractor Zaher Uddin Sarker. His father Abdus Sattar and son Ahsan Habib’s Mercantile Trade International and brother-in-law Asadur Rahman’s Universal Trade Corporation are also contractors in the health sector.

Zaher Uddin Sarker, known as ‘Bengal Zaher’ wielded immense influence in the health sector. A former director (stores and supplies) of CMSD, on 30 May, had issued a letter to the public administration ministry, asking to free the health sector from the ‘syndicate trade’, naming Bengal Scientific’s Zaher Uddin as a part of the syndicate. The health ministry recently blacklisted the three companies of the Zaher family.

ACC steps were long-winded and its officers lacked in efficiency and competence. There were also allegations that a certain section of officers used the investigations, the cases and the entire process in their own interests. And so the efforts to prevent corruption came to nothing. 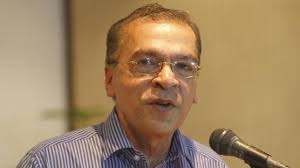 Messrs Anik Traders and Messrs Ahmed Enterprise filched Tk 100 million (Tk 10 crore) in the procurement of equipment and machinery for the Faridpur Medical College and Hospital project. The proprietor of Anik Traders is Abdullah Al Mamun and owner of Ahmed Enterprise is Munshi Farrukh Hossain.

Anik Traders charged Tk 3.75 million (Tk 37 lakh 50 thousand) for a pair of curtains for the Faridpur Medical College Hospital intensive care unit (ICU). When this was revealed in investigations, the health ministry dismissed two of the project directors ASM Jahangir Chowdhury and Gonopati Biswas. ACC has named the proprietor of Anik Traders, Abdullah Al Mamun, as the prime accused in this case.

In the 2016-17 and 2017-19 fiscals, Rahman Trade International and Rupa Fashion were involved in corruption amounting to Tk 315million (Tk 31 crore 50 lakh) in the purchase of furniture and equipment in two phases for Cox’s Bazar Medical College. It is owned by Rubina Khanam, wife of the notorious clerk (now dismissed) of the health directorate, Abzal Hossain. Abzal surrendered to the court on 23 August.

Abzal had kept all his assets in his wife’s name in order to evade accusations of illegally amassing wealth with no legal source of such income. Abzal laundered about Tk 207.43 million (Tk 20 crore 74 lakh 32 thousand) and his wife Rubina Khanam around Tk 2.64 billion (Tk 263 core 76 lakh 81 thousand 175).

Cases have been filed for health sector corruption during the coronavirus pandemic against Regent’s Md Shahed and JMO Hospital Requisite Manufacturing Ltd’s chairman Abdur Razzak. ACC is preparing to file charges against JKG’s Sabrina and the health directorate driver Malek. All four of them have been arrested and are in jail.

Executive director of Transparency International Bangladesh, Iftekharuzzaman, speaking to Prothom Alo about the cases filed by ACC, said that the commission fell short of preventing the extensive spread of corruption. Firstly, he said, people want all involved in corruption, particularly high-ups and influential people, to be made accountable. ACC falls short there. Secondly, there is a shortfall in actual progress in the steps taken by ACC.

He said that ACC steps were long-winded and its officers lacked in efficiency and competence. There were also allegations that a certain section of officers used the investigations, the cases and the entire process in their own interests. And so the efforts to prevent corruption came to nothing.

'Maintain purdah and keep ringtone off'