Trump says he will leave office if Biden victory is confirmed

AFP
Washington
US president Donald Trump arrives to a Thanksgiving video teleconference with members of the military forces at the White House in Washington, US, 26 November, 2020Reuters

US president Donald Trump said Thursday for the first time that he would leave the White House if Joe Biden is officially confirmed the winner of the US election, even as he railed against the "rigged" vote.

Trump has made an unprecedented attempt to defy the results of the election by refusing to concede, spreading wild theories about stolen ballots and launching baseless legal challenges that have been thrown out by courts.

Answering his first questions from reporters since the 3 November vote, the president moved closer to accepting that he would serve only one term in office before Biden is inaugurated on 20 January.

It's going to be a very hard thing to concede 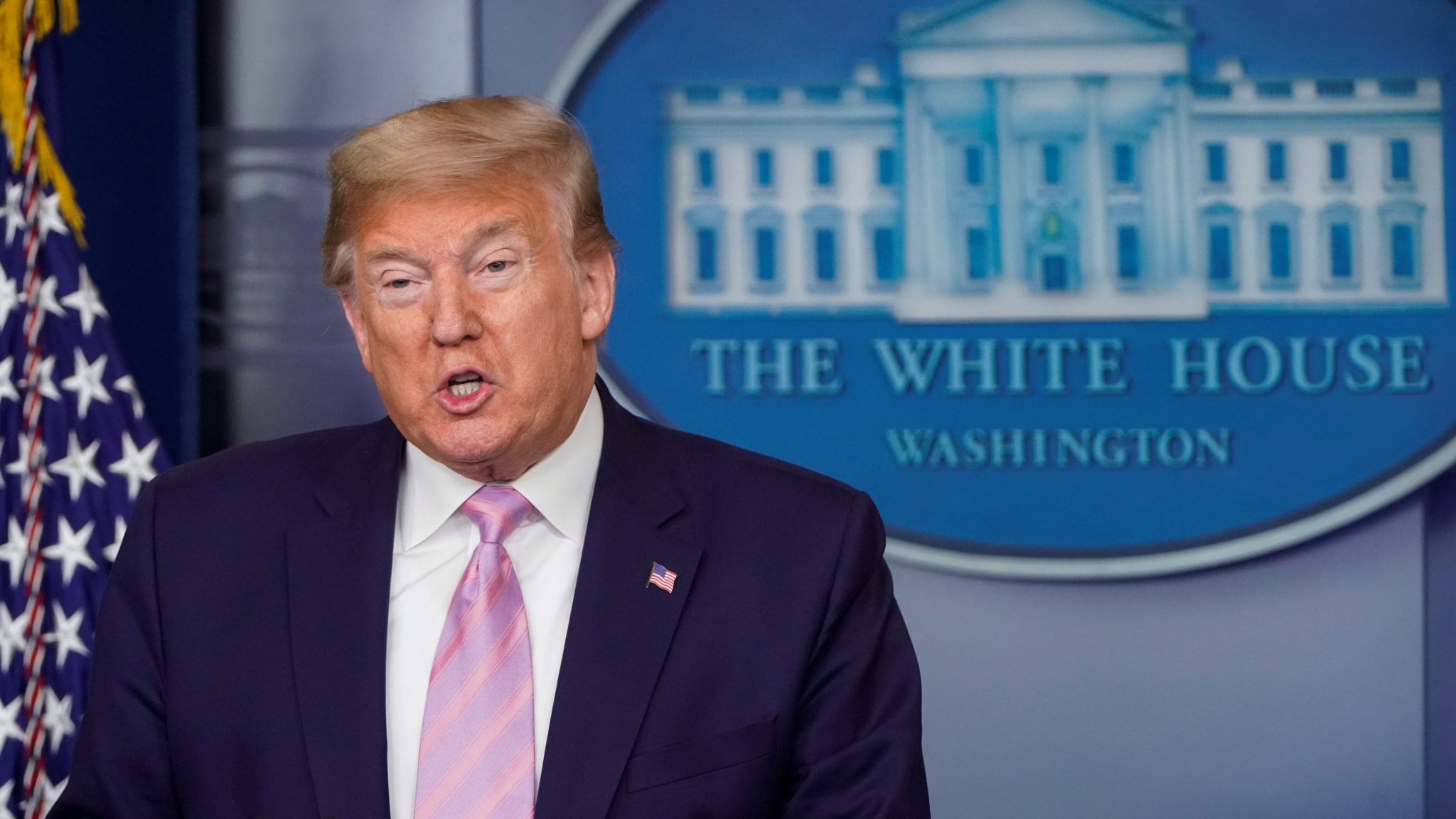 When asked if he would leave the White House if the electoral college confirmed Biden's victory, Trump said, "Certainly I will. And you know that."

But "if they do, they made a mistake," he said, adding, "It's going to be a very hard thing to concede."

"I think that there will be a lot of things happening between now and (January) 20th," he said.

The Electoral College, which determines the White House winner, will meet on 14 December to certify Biden's victory, with Biden receiving 306 votes to Trump's 232.

"This election was a fraud," Trump said, again without providing any evidence during his remarks to reporters at the White House after he spoke to military personnel via video-link on the Thanksgiving holiday.

He described the US voting infrastructure as "like a third-world country."

Earlier in the day he tweeted that "this was a 100% RIGGED ELECTION," while on Wednesday he called on his Republican supporters "to turn the election over."

President-elect Biden has said that Americans "won't stand" for attempts to derail the vote outcome, and urged for Americans to unite to fight the worsening pandemic.

Trump's refusal to concede the election to Biden has added to the countless norms he has torn up during his four years in power.

Supporters suggest he is already eyeing a run for president in 2024.

Trump, 74, is alleging -- among other conspiracy theories -- that voting machines deliberately deleted millions of his votes, though the government election security agency declared it "the most secure" election in US history.

Under pressure from some senior Republicans, Trump this week ended his blockade of government assistance to ease Biden's preparation for assuming the presidency.

Trump said Thursday he would soon travel to Georgia to campaign ahead of two key runoff elections that will decide which party controls the Senate.

Biden, 78, this week introduced a slate of veteran diplomats and policy-makers who will make up his national security and foreign policy team, saying: "America is back, ready to lead the world."

He said that in his first 100 days in office, he would tackle the COVID crisis, scrap Trump policies "damaging" the environment and push legislation offering millions of undocumented US residents a route to citizenship.

Trump wishes luck to next administration without mentioning Biden