The GDI has been published considering the risk of corruption in the armed forces and overall defence sector of a country, essential safeguards to prevent corruption, how far those safeguards are accountable and its practices

Bangladesh defence sector is at high risk of corruption, according to a recent study of Berlin-based Transparency International.

It said Bangladesh has weak or non-existent safeguards against defence sector corruption.

New Zealand has been found to be the least risky country, the organisation added.

Out of the 86 countries featured in the GDI by Transparency International Defence and Security, 62 per cent of countries face a high to critical risk of corruption in their defence and security sectors.

The TIB presented the research results in a media release.

Expressing his concerns about the scores of Bangladesh, TIB executive director Iftekharuzzaman said, “This index does not say that the corruption exists in the defence sector of Bangladesh. But it has identified the spheres that could see lack of integrity and high risk of corruption.”

The GDI has been published considering the risk of corruption in the armed forces and overall defence sector of a country, essential safeguards to prevent corruption, how far those safeguards are accountable and its practices.

The GDI 2020 has been prepared after assessing the existence, effectiveness, and enforcement of institutional controls across five key corruption risk areas, and provides data on the performance of governments on a range of corruption issues. The five areas are -- political, financial, personnel, operational and procurement. The scores given in a scale of 0 to 100 have been categorised from ‘A’ to ‘F’. ‘A’ is the least risky country while ‘F’ has been categorised as critically risky to fall prey to corruption. 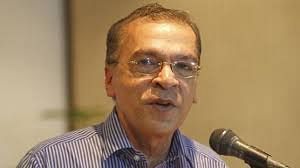 Results say that New Zealand is least risky country of corruption in defence sector with a score of 85 out of 100 which is followed by the UK and Norway with a joint score of 76. Belgium and Netherlands are jointly in the third place with a score of 73. Sudan, which just last month saw the military seize power in a violent coup, performs the worst, with an overall score of just 5/100. Egypt with a score of 6, Myanmar and Algeria with a score of 8 and Iraq with 9 are countries fared better in the index.

The safeguards to prevent corruption in defence sector are either weak or non-existent in the countries that scored poorly in the index, said the TI. At the same time, those countries are unstable, conflictive or its people are subject to oppression.

The defence sector of Bangladesh, with an overall score of 25, is in a very high risk of corruption. Out of the five key corruption risk areas, Bangladesh has scored 52, the highest, in Personnel risk area and scored least (0) in Operation risk. Bangladesh scored 26 in Political risk, 19 in Financial risk and 29 in Procurement risk.

Iftekharuzzaman said, “It is essential to reorganise our defence integrity and through this strengthen the institutional capability to prevent probable corruption by giving due importance to the results of the index. The first and most important step to this end would be composing a defence integrity strategy as a continuance to National Integrity Strategy, 2010 through an inclusive process and practice that. Including civil society and media personalities along with specialists and political leadership in composing the draft will make it more acceptable and create national ownership.”

According to the Government Defence Integrity Index, the custom of running the defence-related institutions secretly mentioning various security risks is not correct at all. Rather, secrecy is not a condition for strength in defence and security; this is a political decision. For example, Norway, New Zealand and the UK scored highly in the GDI. This proves that the more the government of a country runs defence sector in a participatory and transparent way, the more the sector is transparent and risk of corruption is low.

In the same way, the comparison of GDI score with World Justice Project Rule of Law Index says those who scored better in open government index also scored more in transparency in defence sector.

TI said that this is unfortunate that the annual military budget of the US has reached US$ 2 billion, which has been increasing the magnitude of corruption.